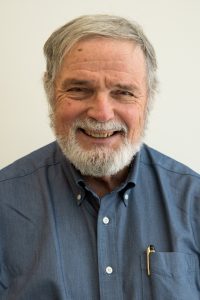 My laboratory has been a leader in characterization of structure and function of molecules of blood plasma, platelets, and extracellular matrix. We are best known for studies of fibronectin (Fig 1, Fig 2), thrombospondins (Fig 3), and vitronectin and participate in collaborative studies that utilize the reagents and expertise that we have developed over the years.

For the past two decades, we have worked closely with colleagues in Allergy and Pulmonary and Critical Care Medicine to study activation and trafficking of eosinophils in asthma. Current asthma-related projects include characterizing the proteomes and phosphoproteomes of resting and activated eosinophils (in collaboration with the Josh Coon laboratory); describing the molecular anatomy of and signaling behind the radical changes in eosinophils that occur upon activation with cytokines, chemokines, and other mediators; exploring effects of interactions with periostin, an extracellular matrix protein deposited in the asthmatic lung, on behavior of eosinophils; and identification of biomarkers that differentiate among different types and stages of asthma. In addition, we study adhesion to extracellular matrix proteins of bacteria that are respiratory pathogens or commensal to the bronchial tree.

Fig 1. Model of fibronectin (FN) subunit. One subunit of a FN dimer is displayed with FNI modules (red), FNII modules (green), and FNIII modules (purple) numbered as they are ordered from N- to C-termini. Locations of alternatively spliced AFNIII (A) andBFNIII (B) FNIII modules, when present, are indicated. Alternative splicing also results in five different sequences for the variable (V) region, labeled by the number of amino acids (V0, V64, V89, V95, or V120). Subunits of FN are connected by a brace (yellow) of disulfide bonds at the extreme C-termini. Crystal structures of 2-3FNI (PDB 2RKZ), 6FNI1-2FNII7FNI (PDB 3MQL), 7-10FNIII (PDB 1FNF), and 12-14FNIII (PDB 1FNH) are shown below the display of the subunit. Disulfide bonds in FNI and FNII modules are colored yellow. Sites of interactions with disordered sequences of bacterial adhesins, α5β1 integrin, and heparan sulfate (HS) are indicated by red arrowheads with sidechains interacting with α5β1 or heparan sulfate colored green. The crystal structure of 2-3FNI is shown with a peptide from a bacterial adhesion bound by anti-parallel β-strand addition.  Likely stretches of disordered sequences (black lines) within FN itself or sites of heightened flexibility between consecutive FN modules are indicated by black arrows. 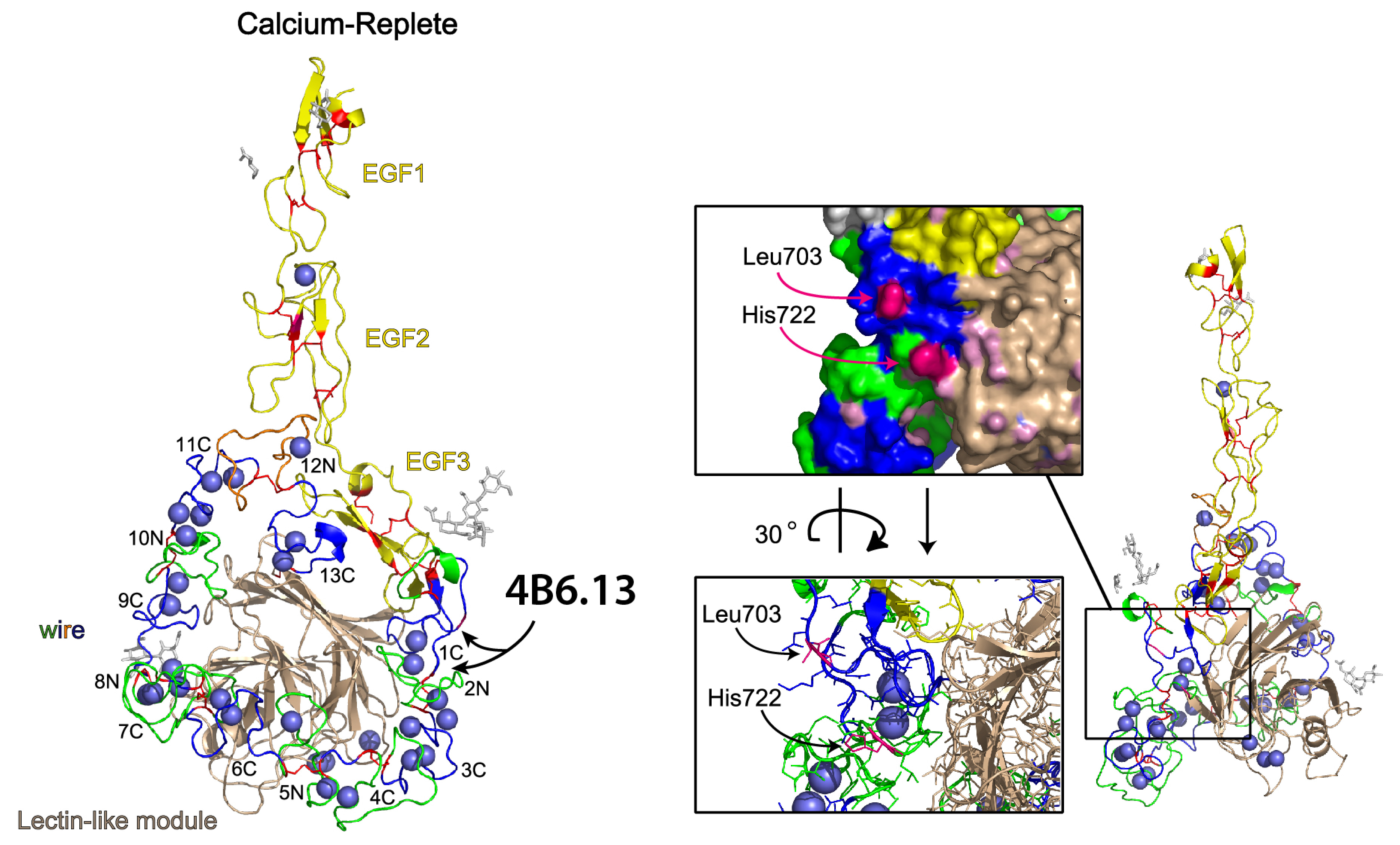 Fig 3. Localization of the 4B6.13 epitope in the crystal structure of Ca2+-replete thrombospondin 2 (TSP-2) signature domain. The anti-TSP-2 mAb 4B6.13 is Ca2+ sensitive and binds to Ca2+-replete TSP-2.  The location of residues important in the 4B6.13 epitope, His-722 and Leu-703, are in hot pink. In the crystal structure of the Ca2+-replete TSP-2 signature domain (Carlson et al. 2005), the Ca2+-binding repeats form a circuitous wire that interacts at its ends with EGF-like modules 2 and 3 (yellow) and the lectin-like module (wheat). The wire is depicted in blue (sequences outside of disulfide-bonded loops), green (sequences within disulfide-bonded loops), and orange (portion of repeats 11C and 12N, which is constrained by a disulfide and interacts with EGF2). The Ca2+-binding repeats are numbered and do not correspond to the color-coded constrained and unconstrained loops, i.e. each Ca2+-binding repeat contains sequences both inside and outside of disulfide-bonded loops. Calcium ions are slate blue spheres. The sugars are gray, and water molecules in the surface models are violet. Disulfide bonds are in red except in the insets, where the cysteines are the same color as the module in which they are located. (Figure adapted from Annis et al. 2007)